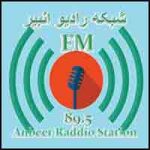 Anbeer FM – Anbiar Radio is an independent and non-independent radio station, broadcasting on the basis of the principle of neutrality of the Afghan media. The main objectives of the radio broadcasts are to create unity and integrity among the strata. Minorities and other peoples living in the historical land of the country, including the ancient province of Sar-i-Pul. For the purpose of developing and introducing the dynamic cultures, all the tribes of this land are indulgent. In the light of this enlightenment, the friendship and friendship that has been established has come to be sustained. Radio Envir is considered a national radio station belonging to all the tribes living in the province of Sar-i-Pul. Enquirer is open to living with justice and prosperity because Enbir wants to bring life to life in a culture that is far from being violent. In order to serve and communicate soundly to the compatriots of the Sar-i-Pul and Wazajjan provinces, which is the result of work and night-time efforts in accordance with the laws of the Free Media of the Republic of Afghanistan, Radionabir’s staff shall, in accordance with its constitution, be equal to the standards of the law on public media of the country. Radionabir has provided the appropriate fields for the commentator and the feelings of the Sar-i-Pul citizens. Radiwvanbir reflects the facts in a fair way through speech, allegory, movement, and other scientific, literary, artistic and artistic phenomena, in order to promote the development of authentic Afghan cultures and traditions, to be effective brochures, news stories, information, training in the field of science and education in the country. The public reflects people in accordance with standards, principles, and values ​​of journalism, impartiality and impartiality, Radio is the vehicle for transmitting messages, information and information, is a media that is publicly funded through publications. Radionabir is in line with the letter and objectives You are connected R & D brings together more information. Radionabir reflects on the realities and growth of younger generation talent. Radio and TV, the best and biggest radio in the media of Saripul. Official website address is webradio. 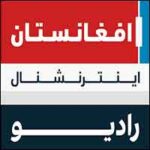 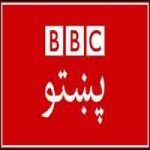