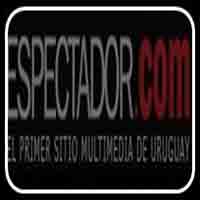 Espectador Radio is a news radio station in Uruguay, which started broadcasting on December 14, 1923. Espectador Radio began in April 1922, when the Uruguayan subsidiary of the company General Electric put in the air, with a small transmitter of 10 watts of power, the first test emissions.