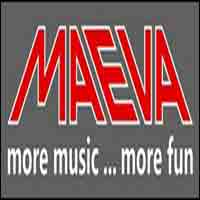 Radio Maeva, the most popular Flemish radio station ever, attracted more than 2 million listeners in the 1980s. That was more than all the then BRT channels combined. Maeva has never really been gone through the years. The station remains one of the most remarkable radio projects that Flanders has ever known … a concept, a phenomenon, a legend. Since 2006, Maeva can be heard worldwide via the internet, also in the car via mobile internet.