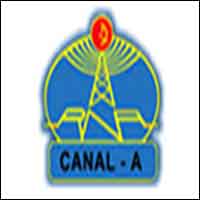 RNA – Canal A is a broadcast radio station located in Luanda, Angola, providing News, Sports and Culture programming that are available in Portuguese, English, French, Spanish, and major local languages in Angola across a range of frequencies, as part of the government of Angola.