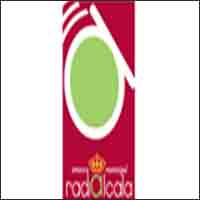 Radio Alcalá channel could be your loud speaker of this southern Sierra de Jaén. Giving prominence specially to most of the taxpayers of Alcalá la Real and its own villages. Since the beginning of the broadcasts in April 2003, the aerial channel was growing and adapting its programming to the demands of its listeners. Top quality information, entertainment and plurality are the ingredients which produce Radio Alcalá the possibility preferred daily by tens of thousands of listeners.