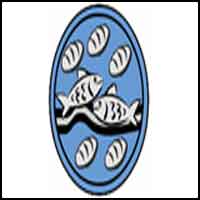 LSM Radio – On June 11, 1994, the Little Samaritan Mission opened the first radio station in Chisinau, Moldova broadcasting 24-hours a day, 7 days a week. More stations were added in Moldova and uplinked to satellite creating a network of 11 stations covering the entire country of Moldova and even parts of Ukraine and eastern Romania. LSM radio also streams live on the internet for worldwide listeners. Moldova, located in Eastern Europe has a population of over 4 million people.
‍
The Little Samaritan Mission radio network of 11 stations covers the entire country of Moldova, parts of Ukraine, and eastern Romania bringing hope through the Good News of Jesus Christ. Institutions such as prisons, hospitals, orphanages, and even schools receive the radio signal and retransmit it through a P.A. speaker system inside their buildings. Thousands of others, listen at home and at work nourishing their lives with Christian principles for living. Radio waves can reach a lonely and forgotten elderly providing encouragement and hope or a young college student searching for the truth among a tumult of ideologies.