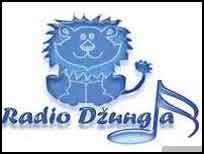 Radio Dzungla from Doboj began operating on 22 December 1997. The program in its own production broadcast on the 24th hour of a day. We are the first private radio station in the Doboj.

Radio program is broadcast on three different frequencies and to the RDS, stereo signal: Doboj region FM 101.1 MHz, where the town of Doboj and the surrounding FM 103.6 MHz, and the Banja Luka region, Kotor Varos and Celinac 92.0 MHz. Thus, the signal coverage area of ​​the key to Tuzla, and from eggs to Gradiska.